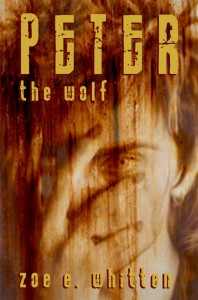 “Nothing about my old life went away. But now I’m supposed to pretend it doesn’t exist because reality is too horrible for normal people to handle.”

A foster teen with a sketchy, sexually-abused past and less than altruistic urges, Peter Holmes expects to have his usual hell-of-a-time adjusting to his new (fourth) “too good to be true” foster family – heck, in his mind it’s only a matter of time before they freak out royally and kick him to the curb. Only they don’t, and the funniest part of it all to Peter is that they actually seem to care about him. Peter’s life takes a turn for the better when he meets Alice, a young girl who fascinates him with her passion for gymnastics who introduces him to the sport. But Peter’s got more dirty secrets than even he knows about, and it all comes to a head when his crazed lycanthrope of a mother escapes from prison and goes after the one he loves most.

I couldn’t get enough of Peter, both as a character and as a novel. His story gripped me from the start with a “first-person stream of consciousness narrative style” voice that sucked me in with its dark humor, raw emotion, and truth. Peter’s story will suck you in too, and not just because you might be an avid fantasy reader with a thing for werewolves.

I’ve never really been a fan of werewolves myself. (That one music video on Disney Channel made sure of that, years ago.) At least, that’s what I told myself before first reading Zoe E. Whitten’s Peter the Wolf. But then I thought, hey – not really a fan of vampires and I can’t get enough of The Vampire Diaries. When it comes right down to it, all that ever matters to me is character, and Peter is a character who will make you want to stick out his story. A story with a plot that escalates the further you read, and you wonder more with every page turn, where does the wolf come in?

Told in a series of “parts”, Peter the Wolf doesn’t even introduce the actual werewolf aspect of Book 1 until about the halfway mark. Not even Peter himself suspects – at least on a conscious level – that his past has anything to do with the paranormal. But there is this subconscious undercurrent of a wolf in Peter that’s present throughout, which not only complements the novel’s theme of “Man vs. Himself” but excellently foreshadows its later parts. The wolf itself isn’t what even really matters because you’re too engrossed in Peter himself.

If you’re still on the fence about getting to know Peter and his book series, I’ve got some awesome reasons below as to why you’ll want to start reading Peter the Wolf:

For the Fantasy Reader. Whether you’re into werewolves or another variety of the paranormal, it doesn’t matter. Because Peter’s got everything going for a great dark fantasy series: a well-paced plot, a blend of horror with suspense, and a hero fighting his inner demons.

For the Literary Buff. Let’s say you’re not a big fantasy reader (maybe you’ve read Harry Potter because…well, it’s Harry Potter. Or maybe Twilight’s more your style), but this werewolf thing? Not exactly your cup of tea. That’s cool, as long as you like to read in the first place because Peter the Wolf is not just a story about a werewolf – it’s a story about character. We fall in love with characters, and you’ll not only fall in love with Peter’s cast of characters but the way the plot twists and turns, and the narrative in which it’s told.

For the Romantic. Sometimes paranormal romances are the best kind, right? I mean not only do we have the normal, everyday average Joe conflicts, now there’s that I-can’t-be-with-you-because-you’re-human-and-I’m-not conflict. Peter’s story is also a love story between him and Alice, though not your typical love story for sure. One of those age-defying, star-crossed lovers-esque love stories that will warm and wrench your heart all at once.

Though Peter the Wolf is not for the close-minded or faint of heart, it is a story that needs to be told because it’s real. Peter will make you laugh, cry, and has moments that will take your breath away – not necessarily because they’re beautiful but because they’re truthful.

And feel free to read others’ reviews here on Goodreads.

P.S.
Leave a comment below if you’ve read Peter the Wolf, have it on your “to-read list”, or plan to recommend it to a friend!