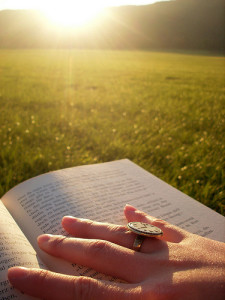 When I was in high school, I secretly wanted to be a young, published author. I think every teenage writer does. What else can we expect of our young writers when, as a society, we’re constantly throwing the likes of J.K. Rowling’s explosive Harry Potter success story in their faces? I mean, for a couple years into my young adulthood I actually thought, why couldn’t I have been like Christopher Paolini and published by 19??

Seriously? Why couldn’t I have been like the kid that wrote Eragon? I love, admire, and respect Jo Rowling not only as a writer and author but as a mother and a human being. She deserves everything she ever got. And though he may be another super-awesome self-publishing success story, I am not Christopher Paolini. In case you hadn’t noticed.

For some reason, our society has a strange obsession with “getting rich quick”, especially off of creative and artistic endeavors. Or at least, if we can’t get rich quick we should at least be living up to a certain level of wealth and success. Personally, this mortifies me. It mortifies me because it allows a certain idea to thrive: That what we write, or what we create, is only as good as the money it makes. What kind of message is this sending, especially to our young writers?

What’s interesting, is it seems this kind of mentality has gotten worse, not better. We’re in a time when the only real barrier between publishing your first novel and not publishing your first novel is just a few clicks. It’s become so easy to not only want what you want but to get it, and get it now! Yes, there’s nothing like instant gratification. Until you realize that’s not what it’s about at all.

I’ve been rewriting/adding more to my first novel, and all I can think about is how much I want to share it with you. Sometimes I get frustrated with how slow my progress has been because I’m so excited about sharing it with the world. Monetary gain, or recognition has never crossed my mind. Okay, it would be a lie to say it never crossed my mind, sure it would be nice. But it was never at the forefront of my wildest imagination. (I somehow envision my readers wearing T-shirts inspired by the characters, and that’s probably not so much an accurate depiction either.)

My point is, the reason I am writing my first novel is because I want to, pure and simple. I’m not writing it for anybody, or to make a profit. I’m not even writing it because I see myself as an author, although for many years my classmates fondly predicted I would “grow up” to be one.

There’s an important question I want you to ask yourself: Why do you want to write a book? Or, if you have already published, why did you write that book? What is your ultimate goal? Is it to make a living as an author? Because that takes a tremendous amount of hard work that even traditionally published authors like Orson Scott Card have struggled with in their careers.

Teens and young writers, I want you to ask yourself: Why do you want to be published? Is it because you feel you have to be? Do you feel that it’s tied to your self-worth as a writer? Because take it from me, it’s not. Of course it is always going to be most any serious writer’s end-goal. There’s nothing quite like holding a published book in your hands. But why the rush, why the hurry? You have so much more growing to do, as a writer. I know I did.

Dream big while being brave enough to start small. Because remember, Harry Potter was still the same amazing “boy who lived” on that first train ride as he was more than 400 million copies, seven movies, and billions of dollars later.