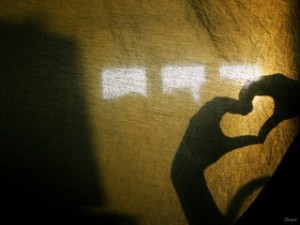 I’m not gonna lie, sometimes writing dialogue sucks. (Especially when I’m writing a script. At least with a novel, you can make the narrative carry the weight of your words even if your dialogue is less than witty. But that’s a topic for another post.) So where was I? Oh yes. Dialogue sucks.

If you are an avid reader or you love TV and movies, you might disagree. But if you’re a writer like me, you know what I’m talking about. After a while, nothing our characters say sounds right and everything they DO say starts to either sound retarded or like something Yoda would say. Once in a while, we’ll get a gem of profundity or some comedic gold (or at least we think so anyway). But let’s face it, overall, like poop it all does sound.

It’s completely normal to crank out less than worthy dialogue in a rough draft. Trust me, you are not alone. But you might be wondering…how do I know if my dialogue is GOOD? I mean really good. And how do I go about writing not just good dialogue but AWESOME dialogue?

Well first, let’s take a look at what dialogue DOES. What is its purpose? Most aspiring writers and the general public make the mistake of thinking dialogue is just what the characters SAY. Well yes, that is what dialogue is. But it’s also a tool.

The two first basic goals of dialogue are:

By contrast, the basic goal of narration is to set the overall tone and pace of the story. But narration and dialogue do not work independently, they rely on each other. Think of dialogue as your tool for carrying the narration. Every single word your characters say must propel the story forward.

So let’s say you’ve written some dialogue, and you want to check it over. Does it do at least one of these things?

a) Characterize the character. Is it something this character would say? Honestly? And is that how they would say it?

b) Reveal a plot point crucial to telling the story. Can be anything from a small piece of information to a trigger for another character’s next action.

c) Give background information necessary to understanding the story. Where a character is from, or a bad childhood experience. But it has to be necessary.

A quick rule of thumb: If the story can do without it, take it out.

By the way, I’m laying these down with novel writing in mind. The rules of the game change a little bit when it comes to writing a script (also another topic for another post).

Next up: The Different Kinds of Narration and Why Should I Use Them? 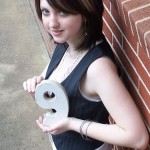 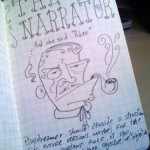